I picked up this movie over the weekend for multiple reasons. I saw the episode of To Tell the Truth a few weeks ago, featuring the actual police officer who was a member of the KKK, and it made me curious about the movie. Also, it showed up on the lists of movies I posted last week. Something was telling me over and over to watch it.

I enjoyed the movie, but wished things had been different. There were several scenes that were difficult to watch, but they were necessary for the plot of the movie.

I recommend the movie since it had a lot of information. The story was told with humor but it was a tough subject. It’s definitely worth watching.

Through My Eyes by Ruby Bridges
My rating: 5 of 5 stars

I picked up this book for several reasons. First of all it was a choice for a children’s black history month book. Secondly, I wanted to read more about Ruby Bridges because a local school got Ruby Bridges day declared in our area and I wanted to know what it was all about.

I really enjoyed this book because it was told by Ruby Bridges herself. I felt it was written very honestly, especially when she tells about how it just kind of happening to her, since she was a small child. She had to do research because she either couldn’t remember things happening or she wasn’t told at the time.

It’s hard to believe this all happened so recently. It is also evident that we have a long way to go, still.

I do recommend the book, but to older children and adults. While it was easy to read, the part about the marshals was a little scary.

I haven’t read most of these books, but they are on my TBR list. I do hope to get to them soon.

All American Boys
by Jason Reynolds and Brendan Kiely

Another Day in the Death of America
by Gary Younge

Between the World and Me
by Ta-Nehisi Coates

The Fire Next Time
by James Baldwin

The Fire This Time
by Jesmyn Ward

Freedom Is a Constant Struggle
by Angela Y. Davis

From #BlackLivesMatter to Black Liberation
by Keeanga-Yamahtta Taylor

The Immortal Life of Henrietta Lacks
by Rebecca Skloot

President Obama  Dreams From My Father.

Men We Reaped
by Jesmyn Ward

Nobody
by Marc Lamont Hill

They Can’t Kill Us All
by Wesley Lowery

This Side of Home
by Renee Watson

To Be Young, Gifted and Black
by Lorraine Hansberry

A Raisin in the Sun Lorraine Hansberry

The Underground Railroad
by Colson Whitehead

We Love You, Charlie Freeman
by Kaitlyn Greenidge

I have read some of these books and I have wanted to read some of them for a while. Each of the books on the list has given me something to think about. I hope to have the same reaction from those that I will be reading soon.

We Rise, We Resist, We Raise Our Voices

The Hate U Give by Angie Thomas

A Good Kind of Trouble by Lisa Moore Ramée

Piecing Me Together by Renée Watson

This Is My America by Kim Johnson

The Only Black Girls in Town by Brandy Colbert

This Side of Home by Renée Watson

All American Boys by Jason Reynolds and Brendan Kiely

The author of the above linked article asked four film scholars to offer recommendations that speak to black culture. Below are the films mentioned, and the scholars who recommended them. The article tells more about why the films were chosen and what the films are about. I haven’t seen most of these.

Mr. Bogle is the author of books including “Toms, Coons, Mulattoes, Mammies, & Bucks,” and “Hollywood Black: The Stars, the Films, the Filmmakers.”

Ms. Holmes is the founder of an annual event showcasing films by black, brown and indigenous people from around the world.

Dr. Boyd is the professor of cinema and media studies at USC School of Cinematic Arts and the Katherine and Frank Price Endowed Chair for the Study of Race and Popular Culture

“In the Heat of the Night” (Amazon Prime Video)

“When the Levees Broke: A Requiem in Four Acts” (Hulu, YouTube TV)

I have been working my way down the 28 books list. This week, I watched 13th. It was about racial inequality, especially in the prison system.

Many of the things that are broken with the prison system were discussed. Plea or be punished if you go to trial. Mandatory sentencing. Crack is a worse offense than powdered cocaine. There were more examples, but these were very memorable to me.

It’s worth a watch. It goes through a lot of history and why we are where we are regarding racial inequality and mass incarceration. It hit home for me that many of the issues that I learned about, such at the assassinations of MLK Jr and Malcolm X weren’t as long ago as I thought. They happened right before I was born and were still fresh in the minds of politicians when Reagan was running for president.

I did stay up long past the time I should have been asleep to finish the movie and then think about what I watched. I’ll be continuing on the list during the next few weeks.

I have seen a few of these films mentioned in the above linked article which recommends them as teaching films. I have read some of the books, too. I am adding some of them to my todo list for weekend watching. They all look good.

When They See Us

Sorry to Bother You

I Am Not Your Negro

Daughters of the Dust

The Hate U Give

Here are some that weren’t mentioned in the article, but were also recommended – LA 92. Dear White People. On My Block. HiphopEvolution. Spider-Man into the Spider Verse

This is a poem written about writing poems on a train ride. It was musical and the illustrations are great. I originally picked up the book for Black History Month, but I hadn’t gotten around to reading it until now. I truly enjoyed it.

A few weeks ago, I spent time at the library, checking out the exhibits. The photos in this exhibit are by black photographers showing their neighborhoods and such. I am sorry about the glare, but I think the photos tell their own stories. 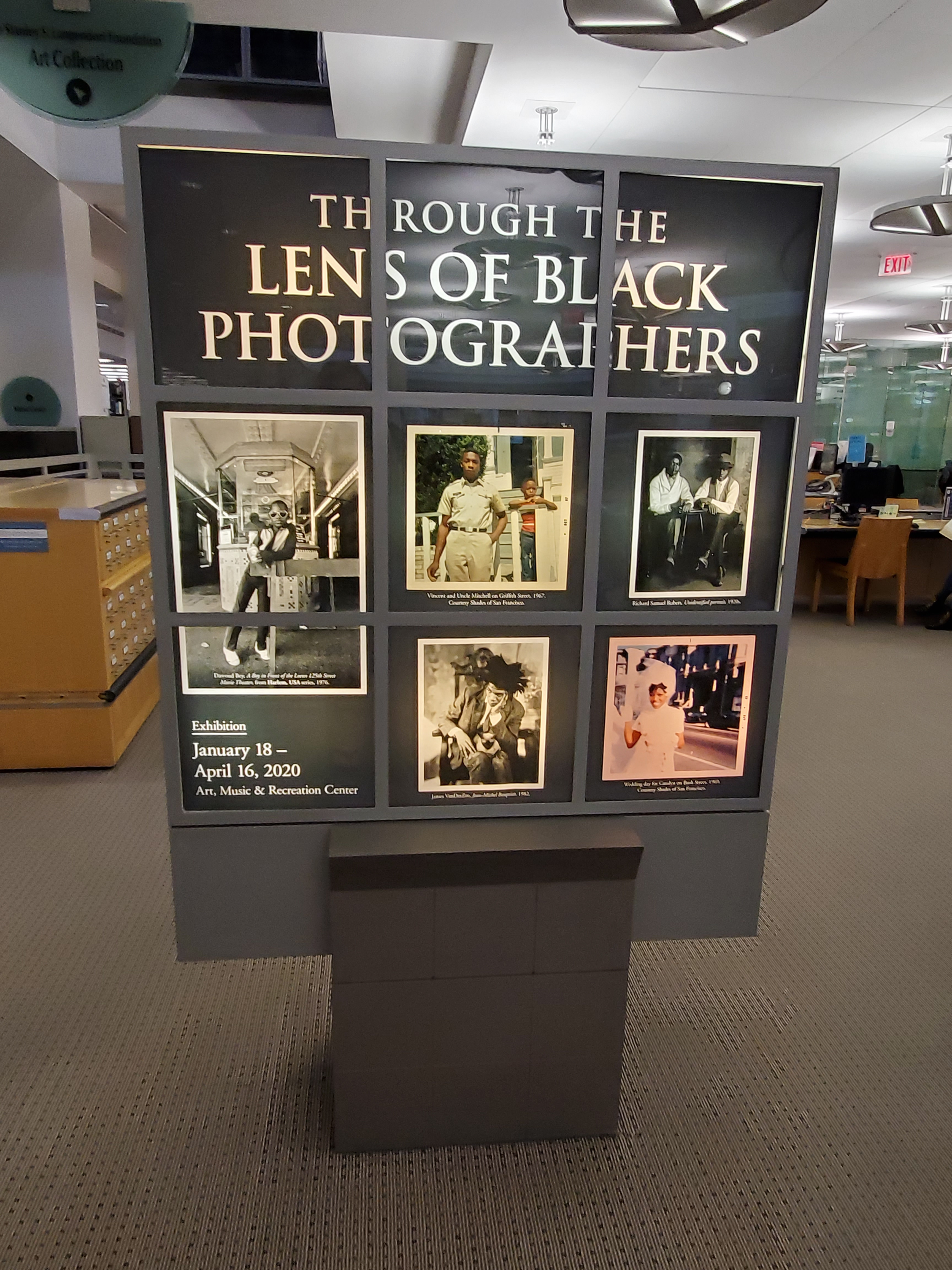 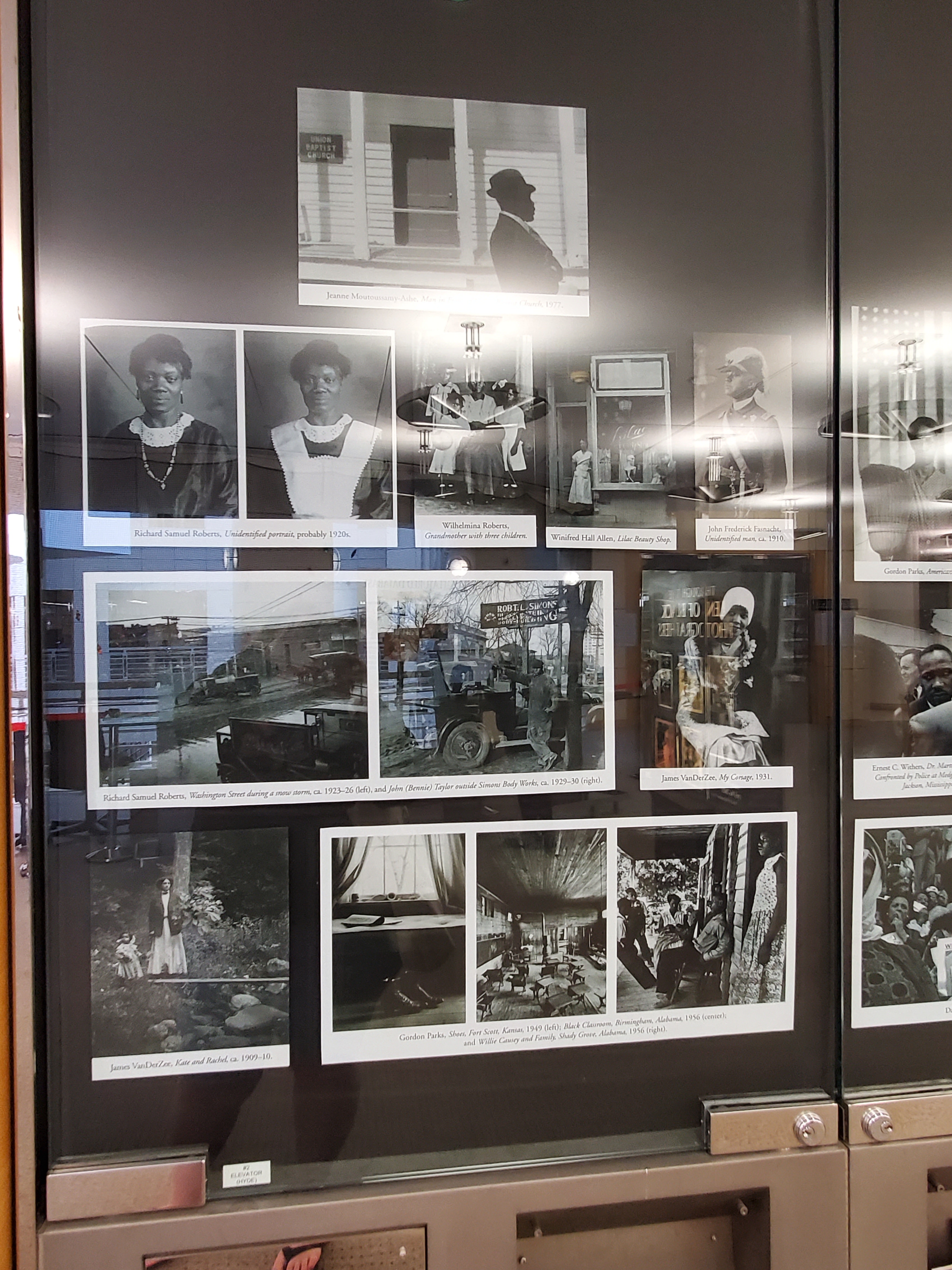 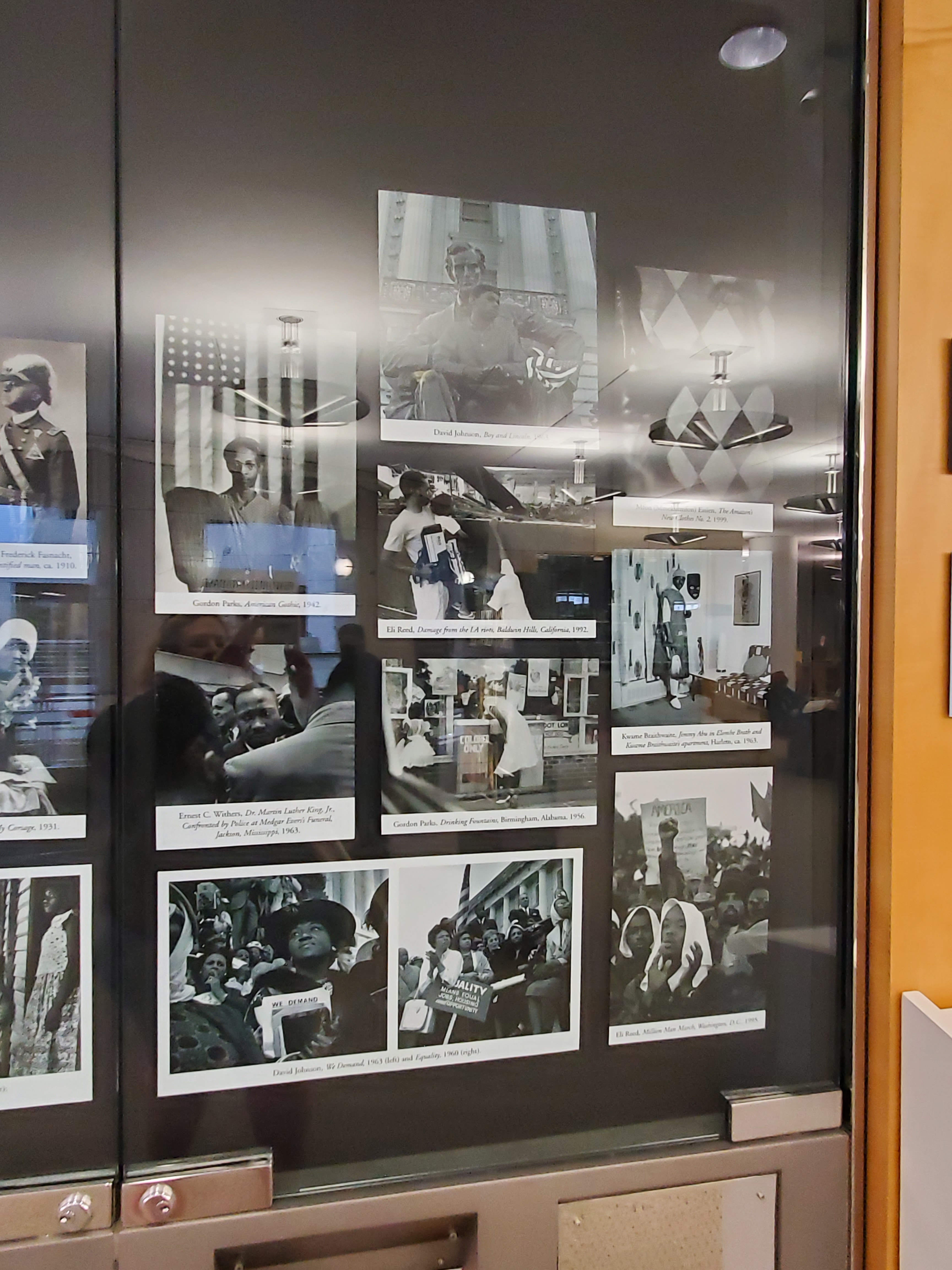 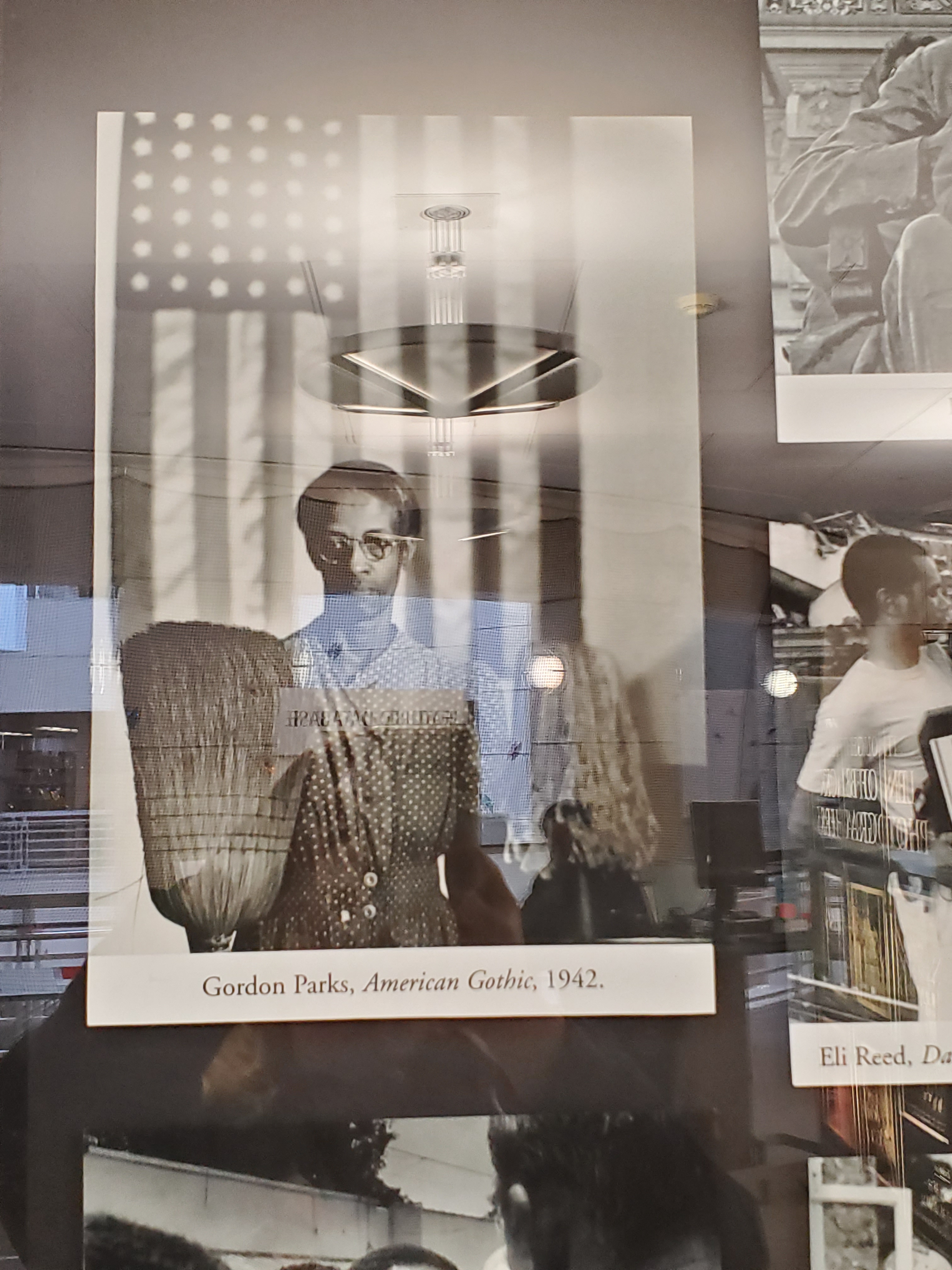 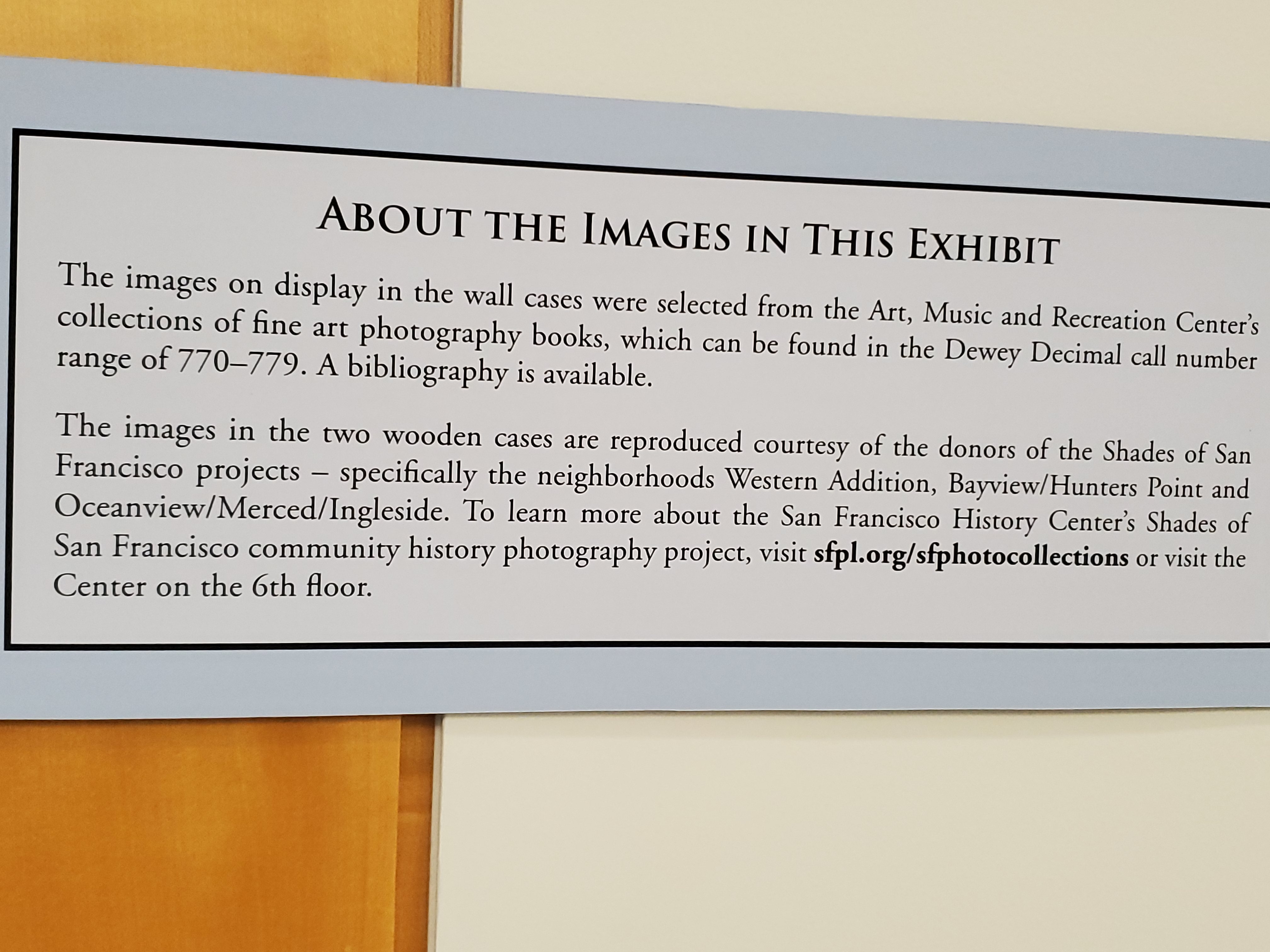 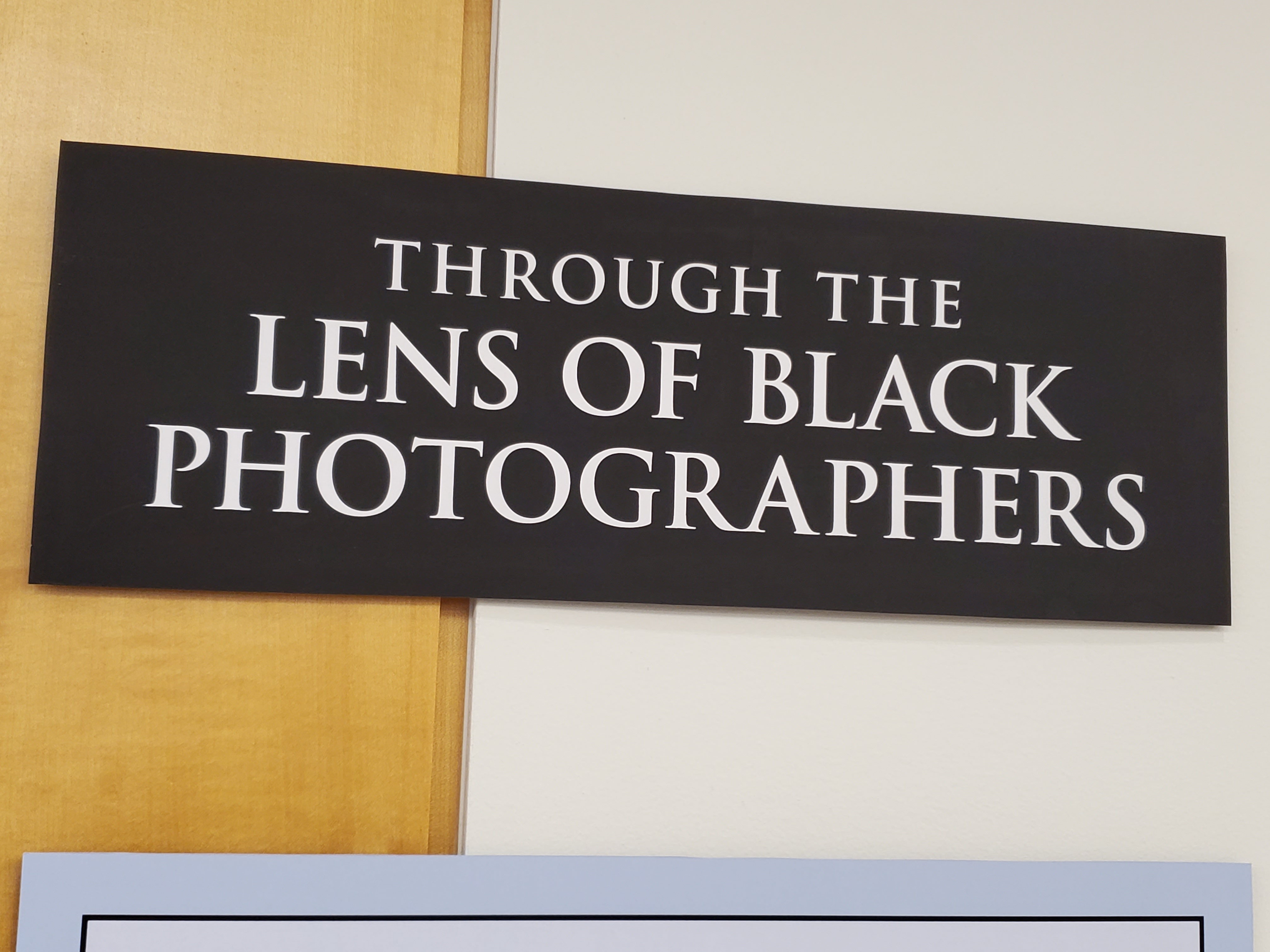 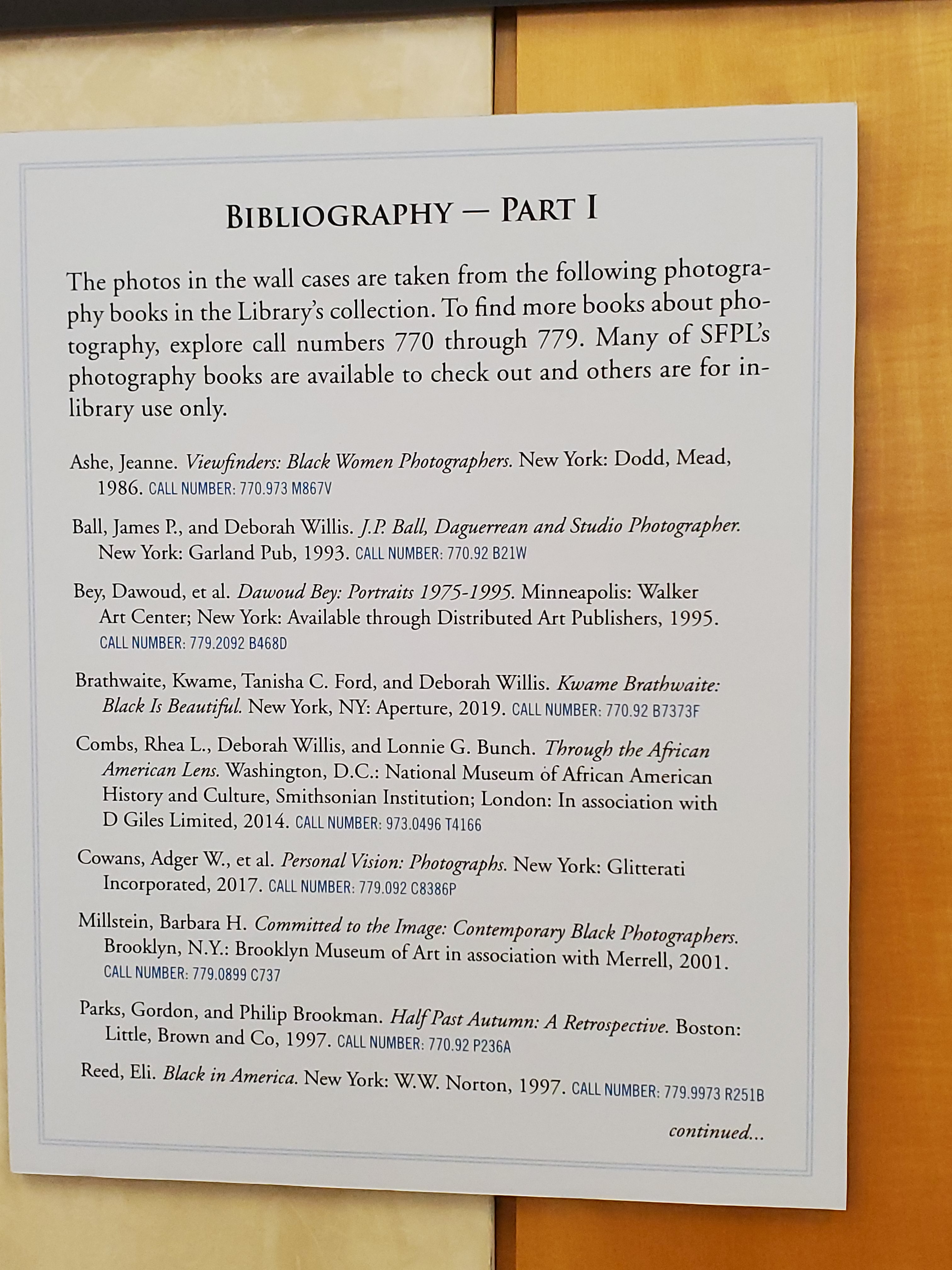 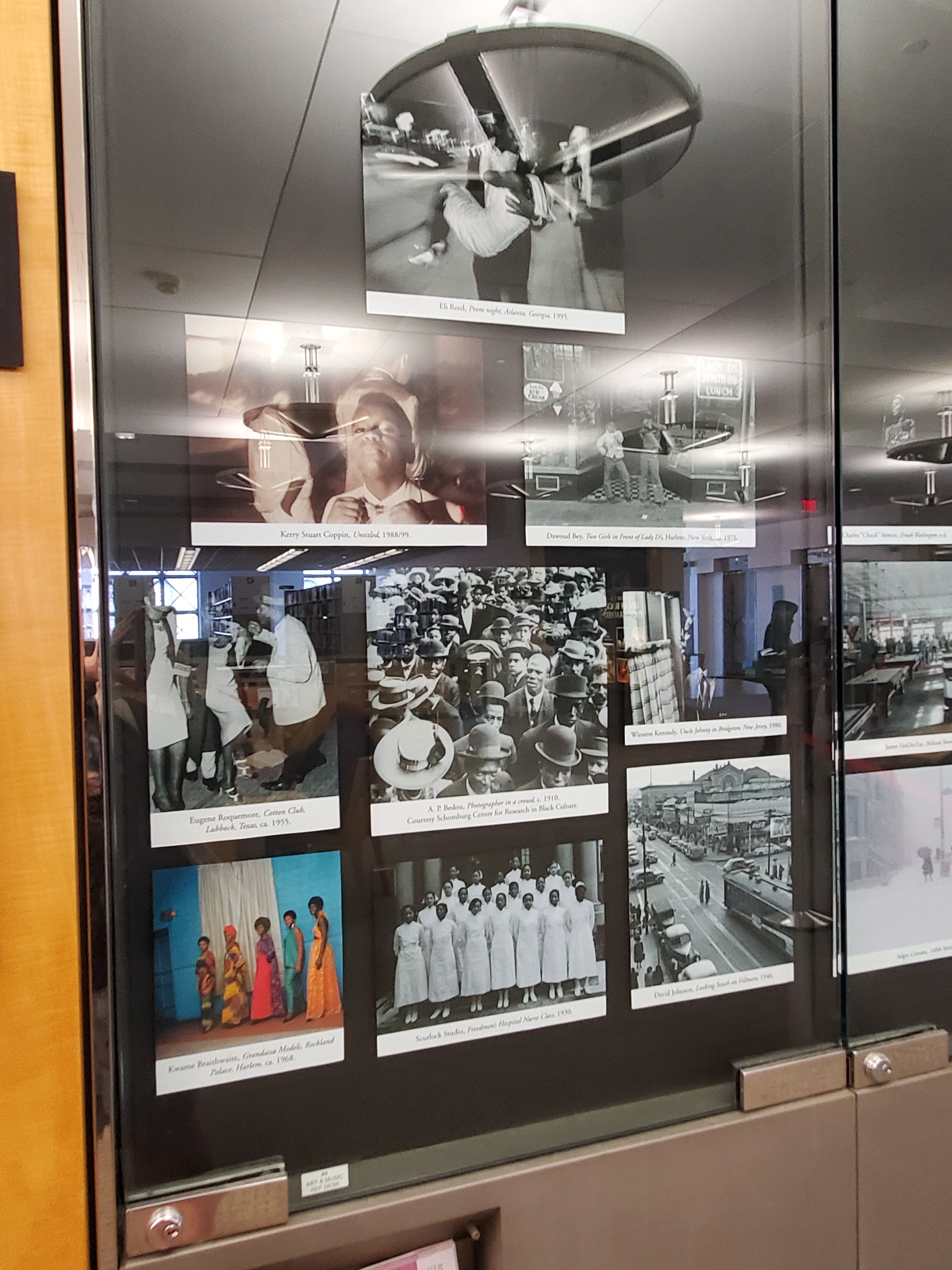 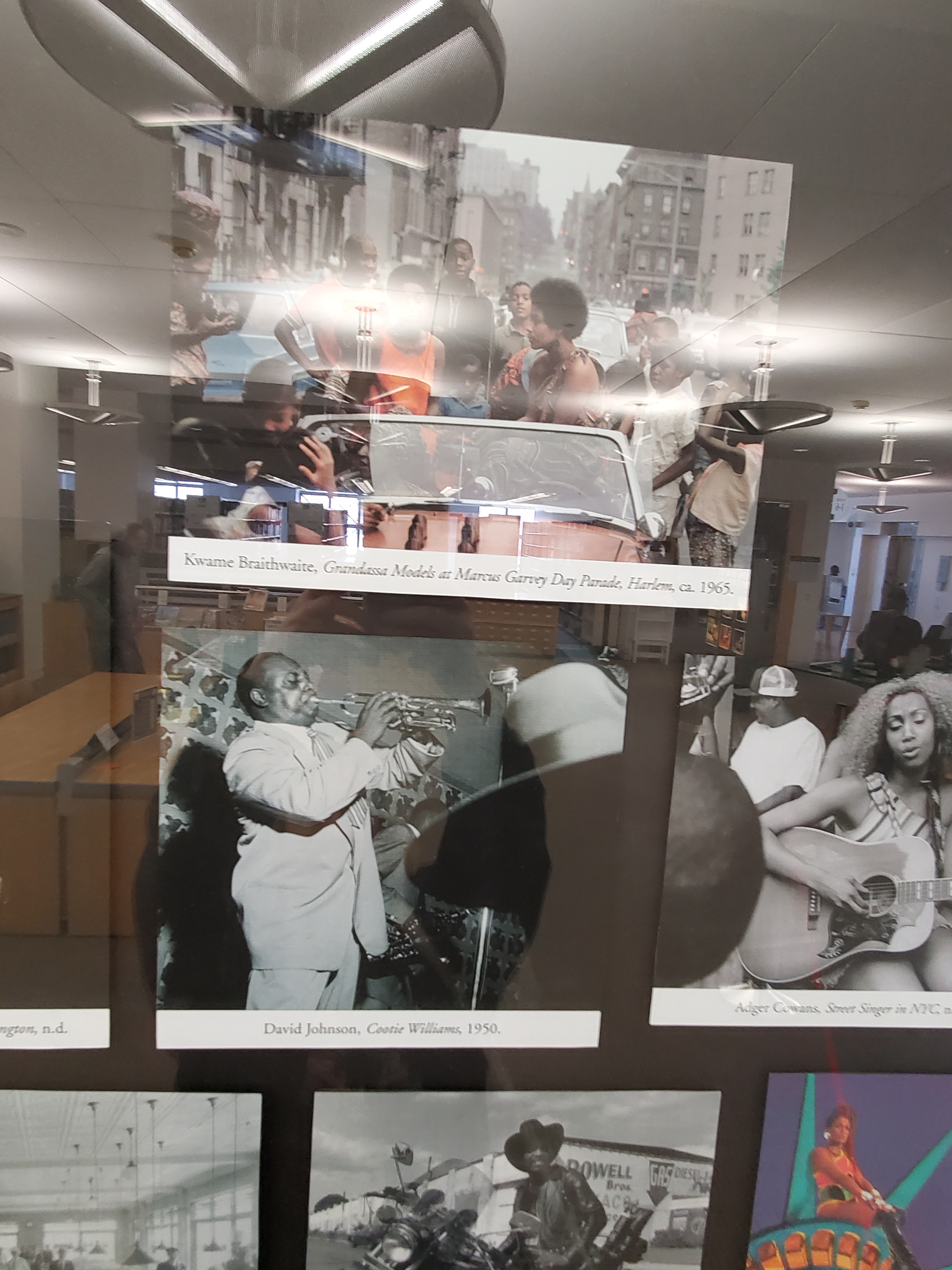 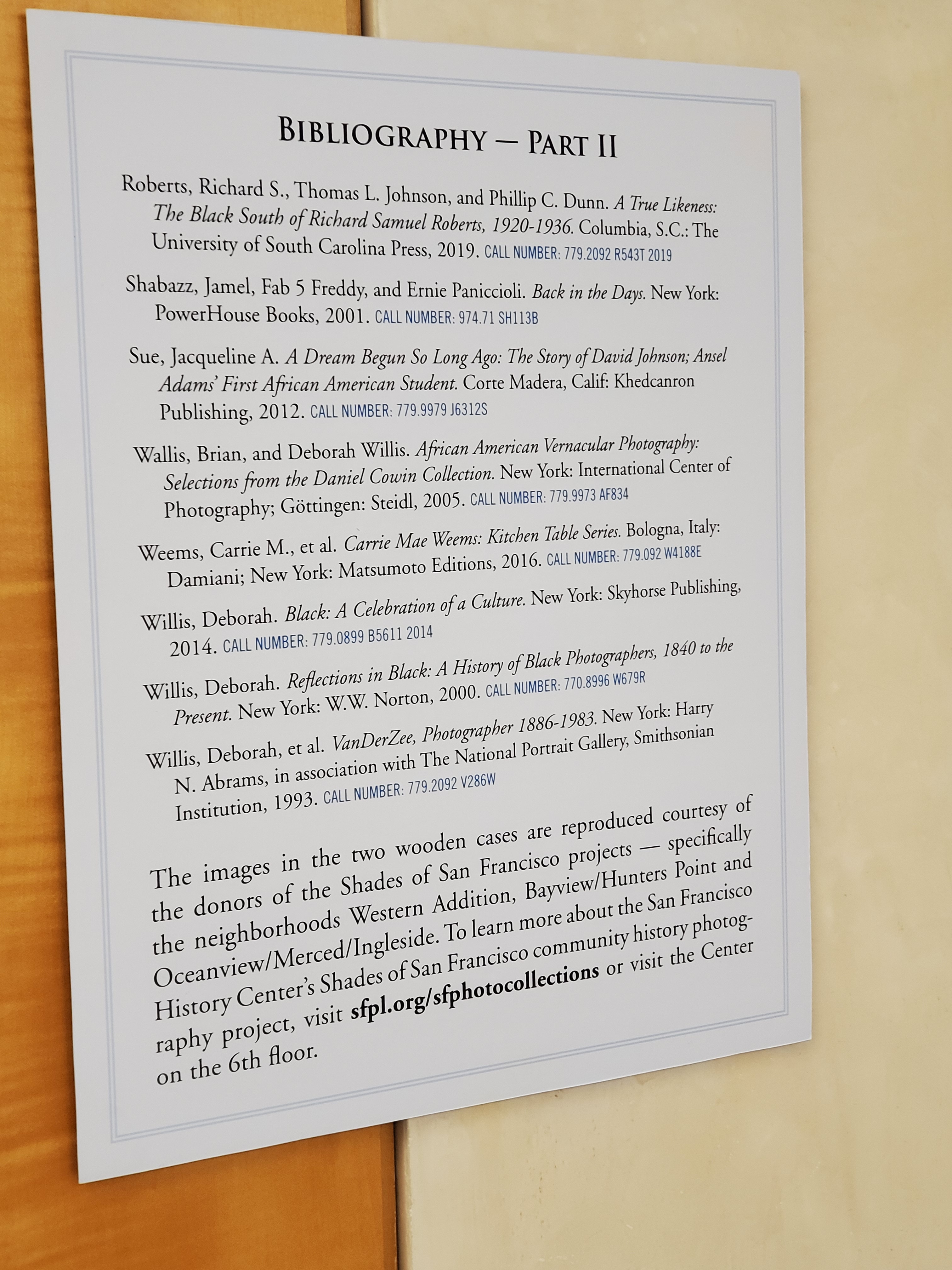 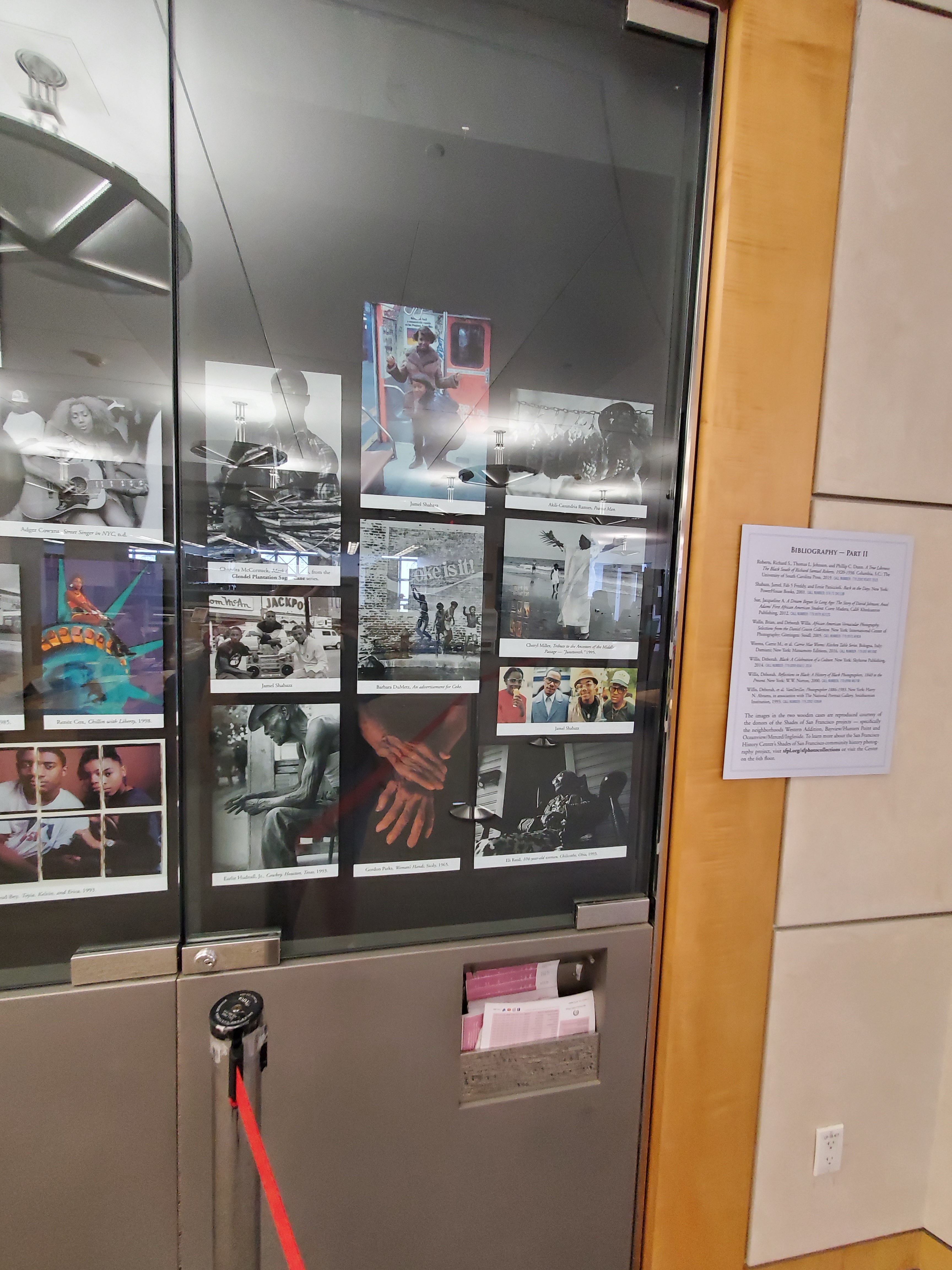 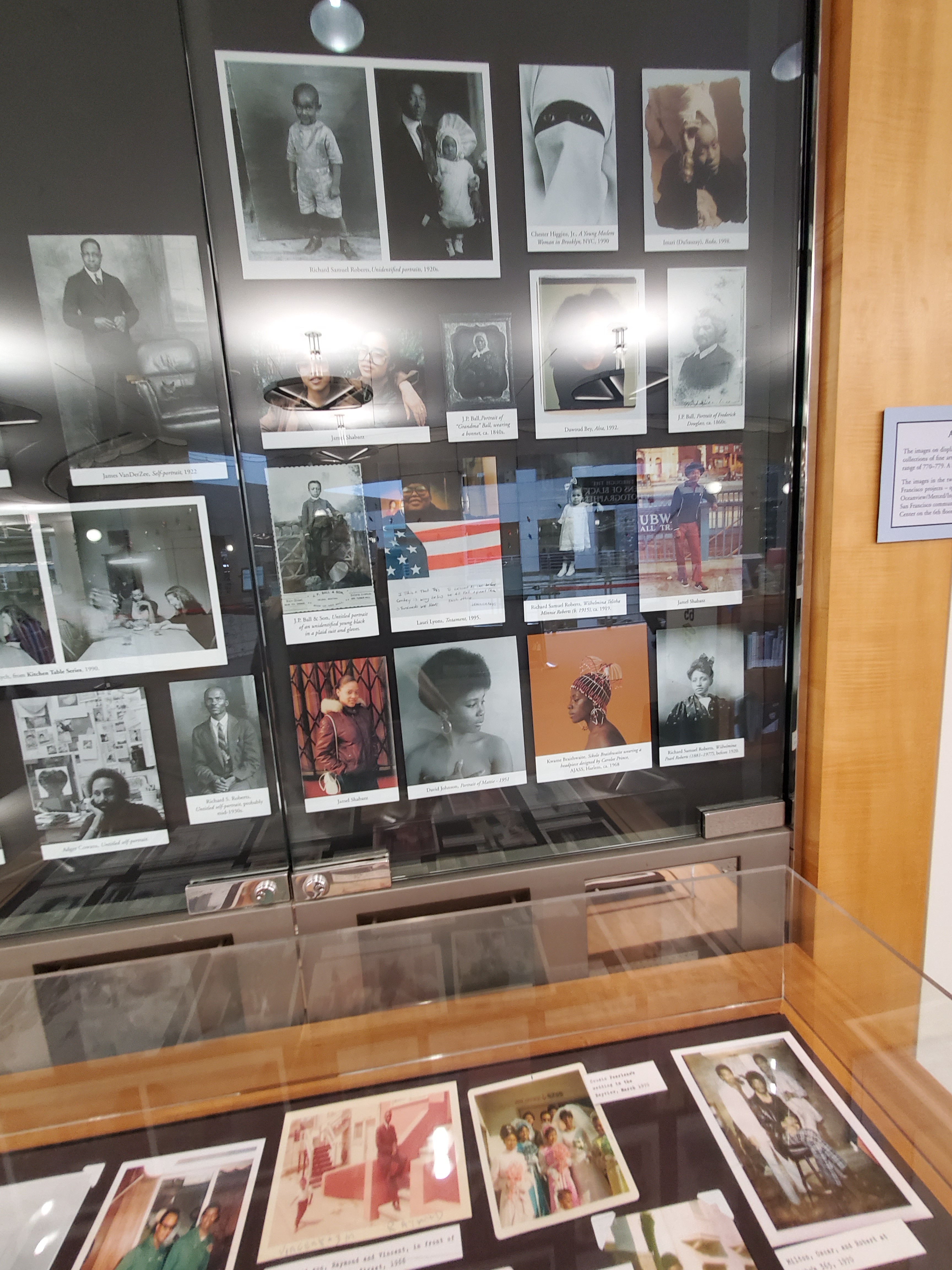 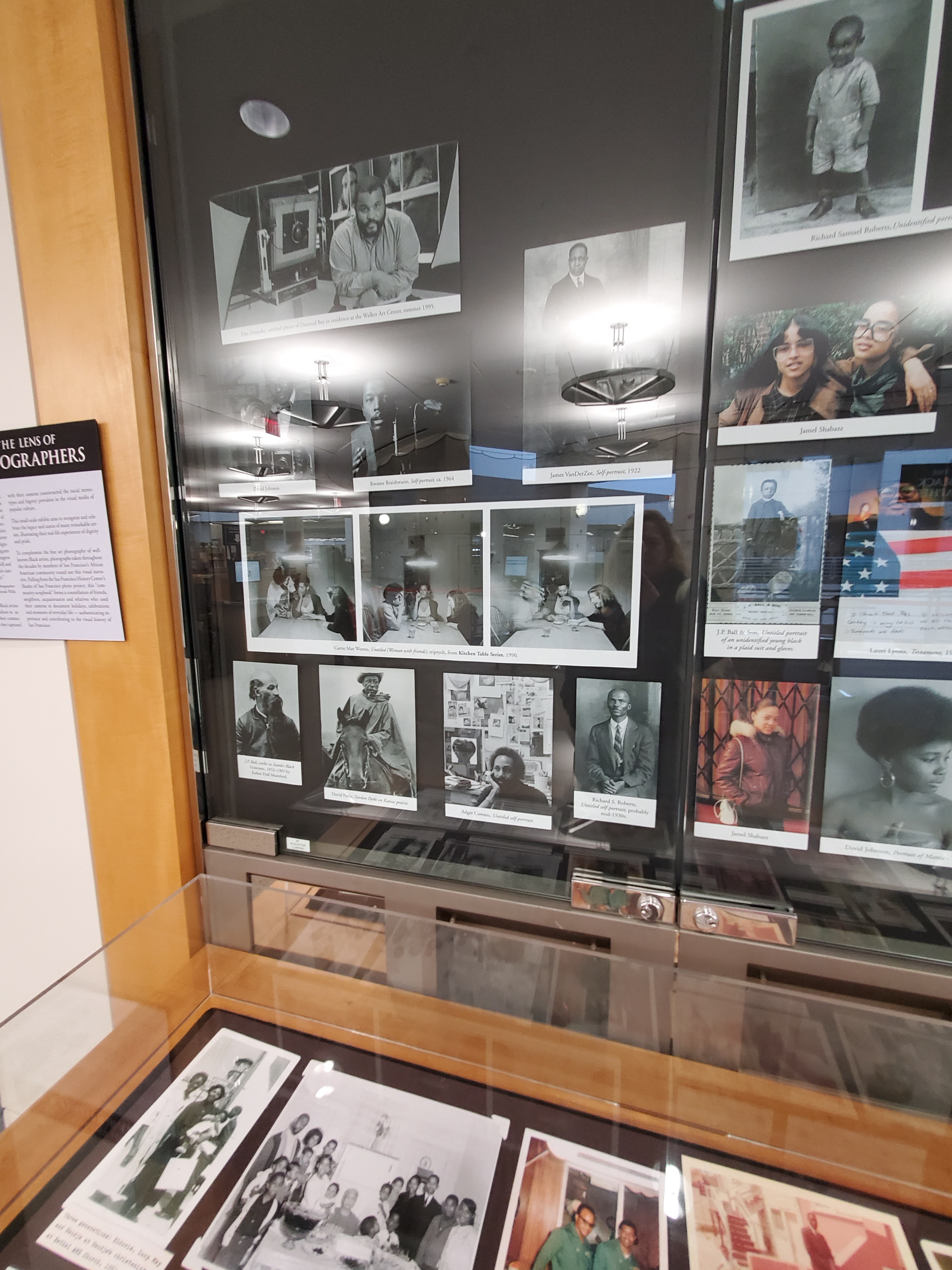 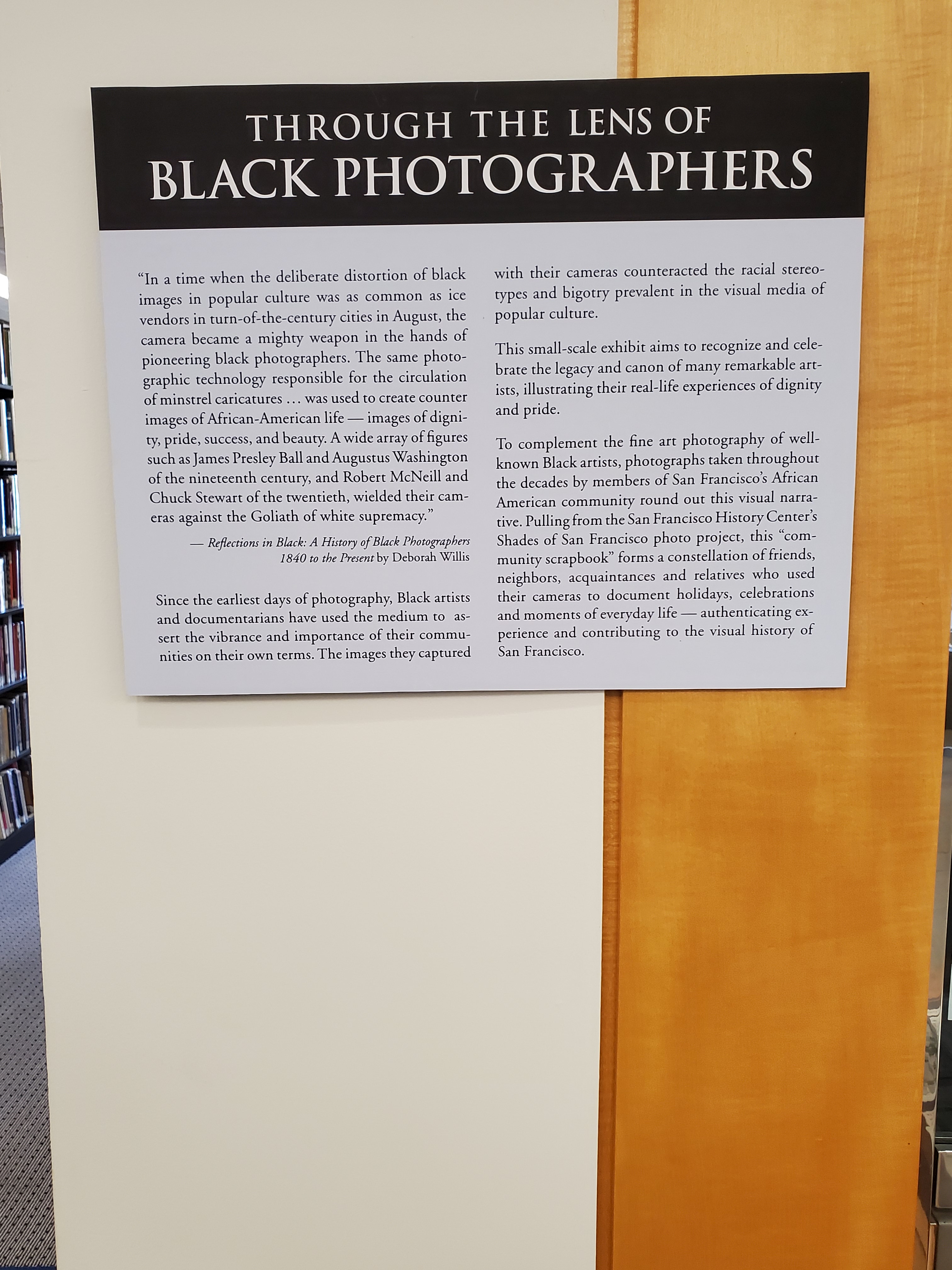 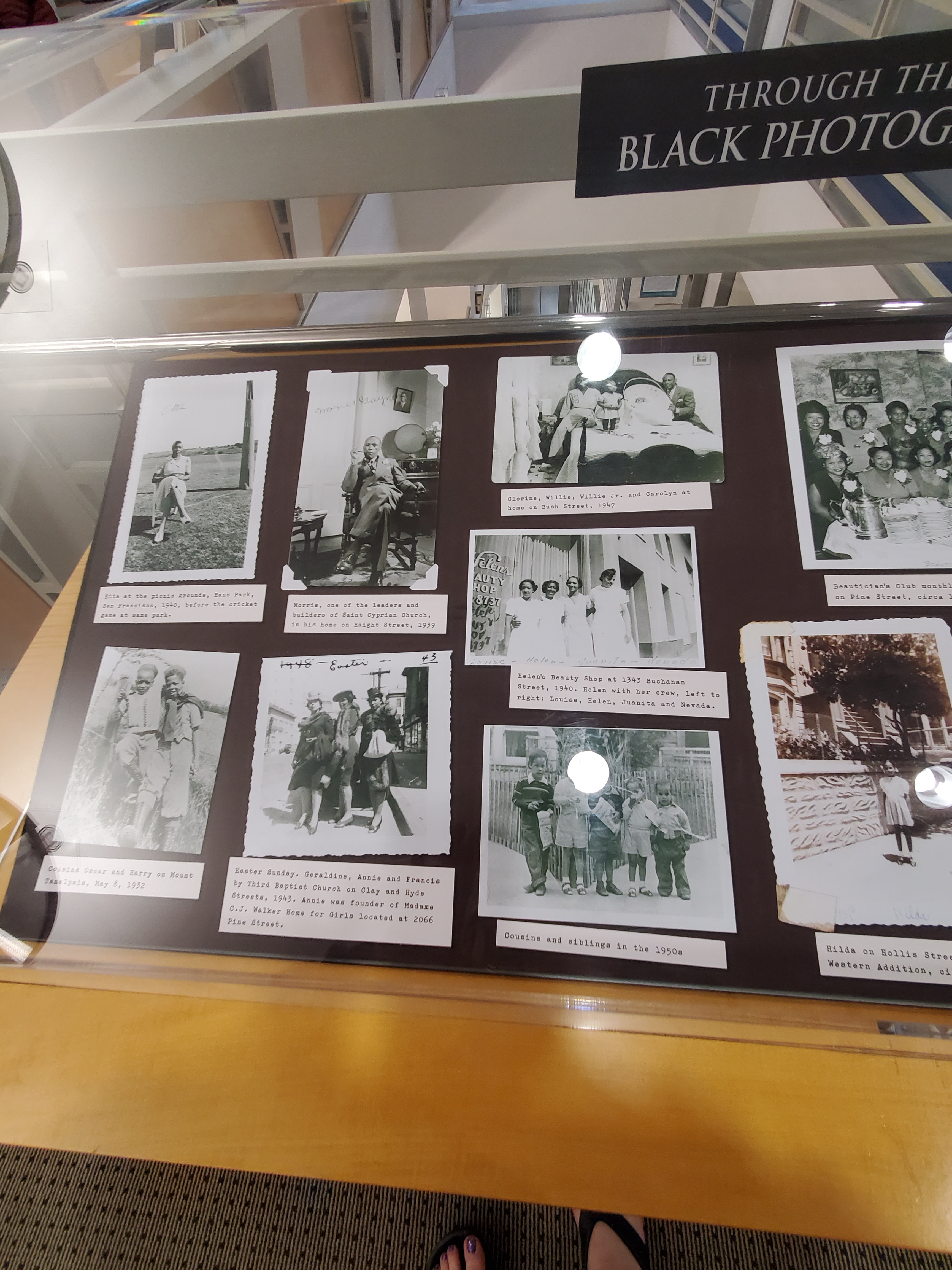 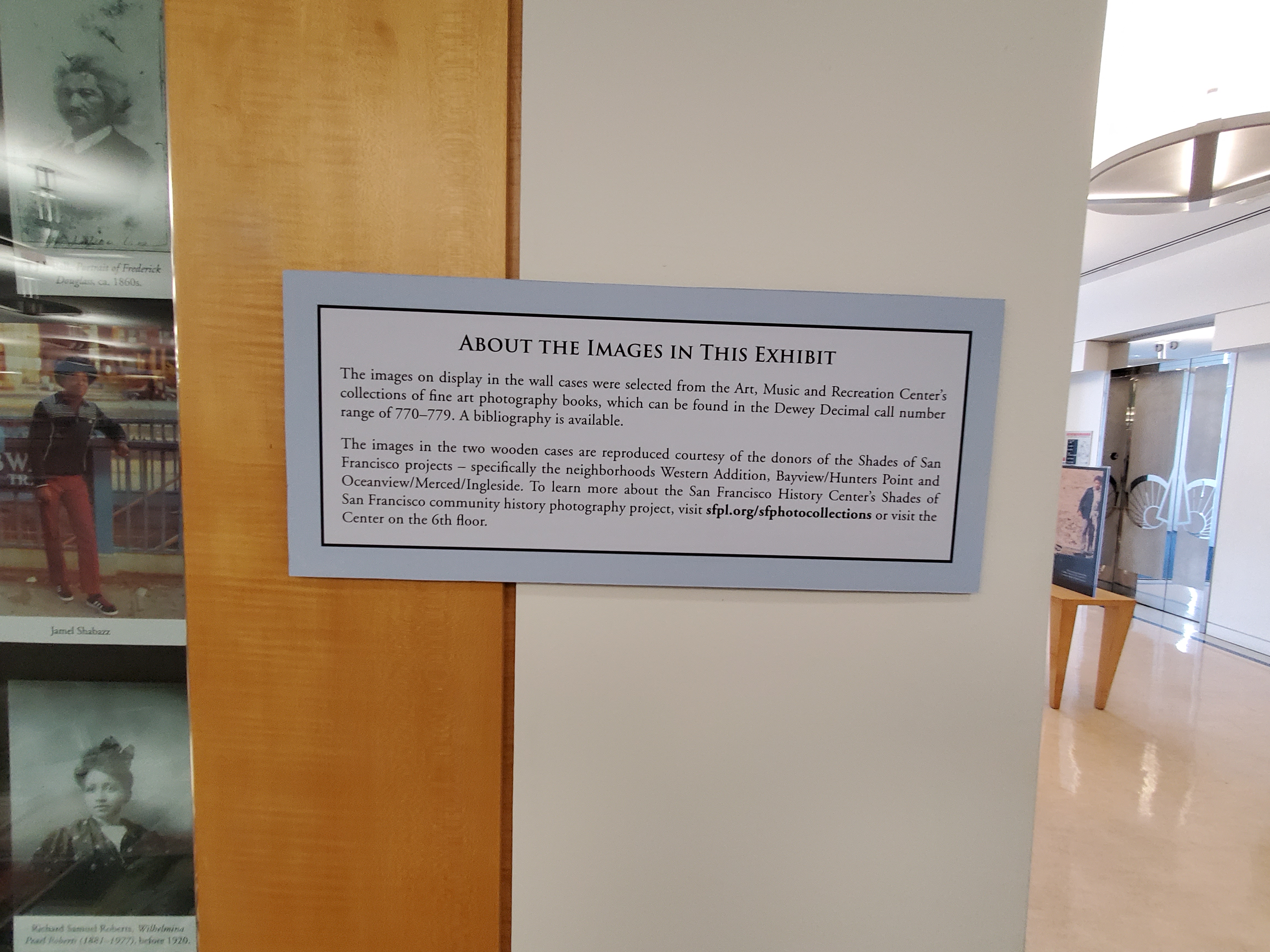 Juneteenth for Mazie by Floyd Cooper
My rating: 4 of 5 stars

I enjoyed this book, but I felt it didn’t explain why it was called Juneteenth. A sentence or two about the way communication was in the 1860s would have taken care of this.

It’s a well written story otherwise.the illustrations were wonderful, too.

bookworm at the gym
Blog at WordPress.com.