Many bookstores have cats in them. If I owned a bookstore, I wouldn’t have a cat, though. Too many people are allergic to them. Plus, with the store door opening and closing all day, it might be difficult to keep a cat indoors.

If I had a cat in my bookstore, what would I name it? According to the chart below, it would be Almighty Catnip. I guess that’s a unisex name, so it would work in that sense, but can I see myself using two names to talk to my cat? Nope. It’s a cute little chart, but pretty useless for me.

Now, naming my bookstore is a different story. I’ll have to think about it. Any ideas?

The bookstore mentioned in the above linked article brings kittens to the store in hopes they will be adopted. There is an adoption fee, but it includes all vaccinations and the kittens are all healthy.

I loved seeing the little kittens among the books. I could have done without the earwax removal commercials all throughout the article, though.

Puppies were mentioned later in the article, but it seems that they aren’t in the bookstore. This is probably a wise idea.

If you’d like to see Jennifer Weiner on the book tour for her current book, Big Summer, click on the link above and see where to join in on the fun! She won’t be touring bookstores like she usually does, but they’ll be hosted online instead.

Independent Bookstore Day is coming up on April 25. While I had planned on visiting some in Berkeley and Oakland, it seems that isn’t going to happen this year.

I was glad to see that several bookstores, one mentioned in the link above, had to rehire people because online orders were overwhelming. Another, also linked above, had a gofundme page to help them out, and got an overwhelming response.

Support your independent bookstores! They need to be there when we get back to “normal.”

About a month ago, I woke up in the middle of the night and was browsing events at one of the local independent bookstores. When I woke up fully, the next morning, I found that I had apparently registered for an event, and purchased two books! Thankfully, it was for a day that I didn’t have anything on the calendar.

I knew nothing about the author, and didn’t really have an idea about what the books were about, but, they were books.

The night before the event, I received an email with instructions, and reminding me that it was just a book signing, not an author talk.

I headed out early to the event and decided to visit a library that I hadn’t been inside. I dropped off some library books and looked around. I ended up interviewing the security guard. They put security into 8 branches starting in January. Interesting. Nice guy to chat with.

I took myself to dinner nearby and put the leftovers in my car. I headed to the bookstore from there.

I arrived at the event and got in line. The line was very long even though I arrived almost a half hour early. It moved fairly quickly for the number of people in the line.

I received my books and a bonus book with little games to play while waiting. I didn’t read it since I was busy people and book watching.

I was mentally shopping, but was being good, since I’m not supposed to be shopping until I get some of my book stack books completed. I did take some photos to put on my tbr list.

When I got to the front of the line, the author took my books to sign and started chatting. She spotted my sweatshirt which said, “don’t take me to a bookstore unless you’re willing to drag me out.” She told me with a sweatshirt like that, I must have a book recommendation for her. I recommended City of Girls to her. She had it and was planning on reading it soon.

I had my photo taken with the author and her boyfriend. Then I headed out on my way.

The above linked article talks about the floods in Venice and how the bookstore usually protects the books. The water got too high this time, and damaged books.

I decided to go to this book signing last week. It sounded interesting, so I preordered the book, so I wouldn’t back out.

I had had a long day at work, so I took myself to dinner at Parada 22, which is a Puerto Rican restaurant, with delicious food. I had a glass of wine and read a bit.

It was still early when I left the restaurant, so my book and I wandered over to the Alembic, next door to the bookstore. This is a brown butter old fashioned. It was better than I thought it would be. Delicious.

Amanda Rosenberg came out and announced that she hated doing these events and even though she looked calm, she was a wreck. Instant sympathy from me.

Casey Childers came and announced that he never leaves the house, so they were not paired up well for this event. They actually worked beautifully together.

After the Q&A portion, there was a book signing. I got in line and found that the author was chit chatting with everyone. My anxiety kicked in. I didn’t have anything to talk about. I got distracted by the fact that I had had a seat reserved in the front row, because I had preordered the book. No one told me I had a seat saved. I was glad I didn’t know, because it was in the front row. I picked up the note with my name on it and stuck it to the paper I already had stuck in the book.

I started thinking about how anxious I would have been in the front row, so I was distracted when it was my turn for my book to be signed. I said hello and thanked the author for coming. She thanked me and told me she was surprised there were so many people there and it made her nervous. She saw my note from my seat and asked if that was my name. Yes, it was! I didn’t have to spell it for her or anything.

I am glad I went and I’m looking forward to reading the book soon. It’s in the book stack at the moment.

A week or two before my trip, we decided to get tickets to a play.  Michelle chose one of the movies that I have memorized.  We decided to go to the Sunday matinee.

We were among the youngest in the theater.  I guess that’s what we get for choosing the matinee.

The drink menu was entertaining.  I chose dammit Janet.  Shirley Temple and vodka.

We got a goodie bag in our seats.

We couldn’t take photos inside, other than at the very end.  I hope Michelle posts some of those.  Video, too.

After the show, we found a bookstore.

We passed a few things, looking for a place to have dinner.

Happy hour!  Mine is the blackberry basil drink.

Fries with gorgonzola and bacon jam.

My shrimp scampi with rice noodles.

And, Michelle’s cauliflower tacos in the background.

We went back and slept.  The rain did us in, too. 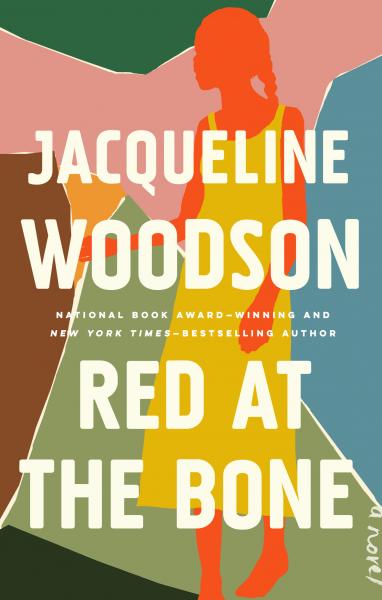 I usually just skip over the ads for book signings when I see that they are Tuesdays or Thursdays, since it interferes with class. Thankfully, this time my cousin drew my attention to this one.

I knew Jasmine Guillory from her book signings and I have read her books. My cousin was thrilled to be seeing Jacqueline Woodson. Perfect event for us!

Before the reading, we went to dinner.  We parked after circling the block.  We got out of the car and ran to the restaurant.  Then, we ran to the book signing.  When we left the book signing, neither of us remembered where the car was parked, so we had a little adventure looking for it.  We found it within a few minutes, though.

It’s always a fun evening with my cousin.

My daughter and I went to a book signing last week. We went for sushi first

While I stood in line, my daughter ran over to the pet store across the street. I saw someone get out of a car that looked like my cousin. It was! We didn’t know the other was attending the event.

My daughter came back a little confused, since it wasn’t planned. She didn’t want to be in the photo.

A copy of the book.

The front of the store.

When we got the books, they were already signed. The author was allowing photos, but my daughter and I decided to pass. My cousin stayed for her photo, though. It was a great evening.

bookworm at the gym
Start a Blog at WordPress.com.
Loading Comments...