I started out with coffee and leftover French toast from the day before. 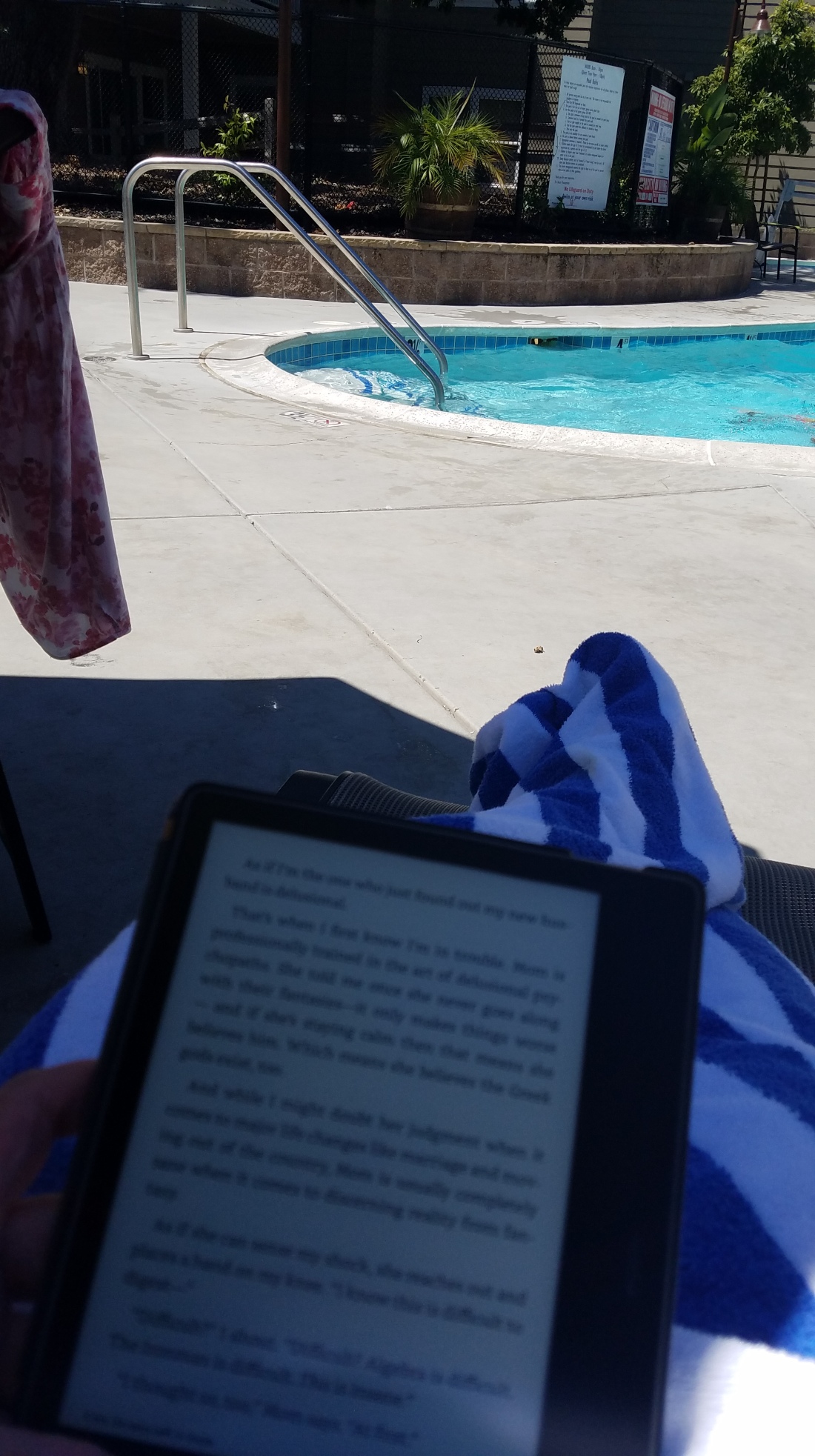 My Kindle and I were poolside until the guy with the blasting music got to me. I don’t care if I like your music or not, it’s still rude to force it on anyone.

I went inside and ate leftover dinner for lunch and watched a movie, What Men Want. Very cute movie. Nice soundtrack.

My cousin came by again. After a while, I headed to the pool again with the kindle. 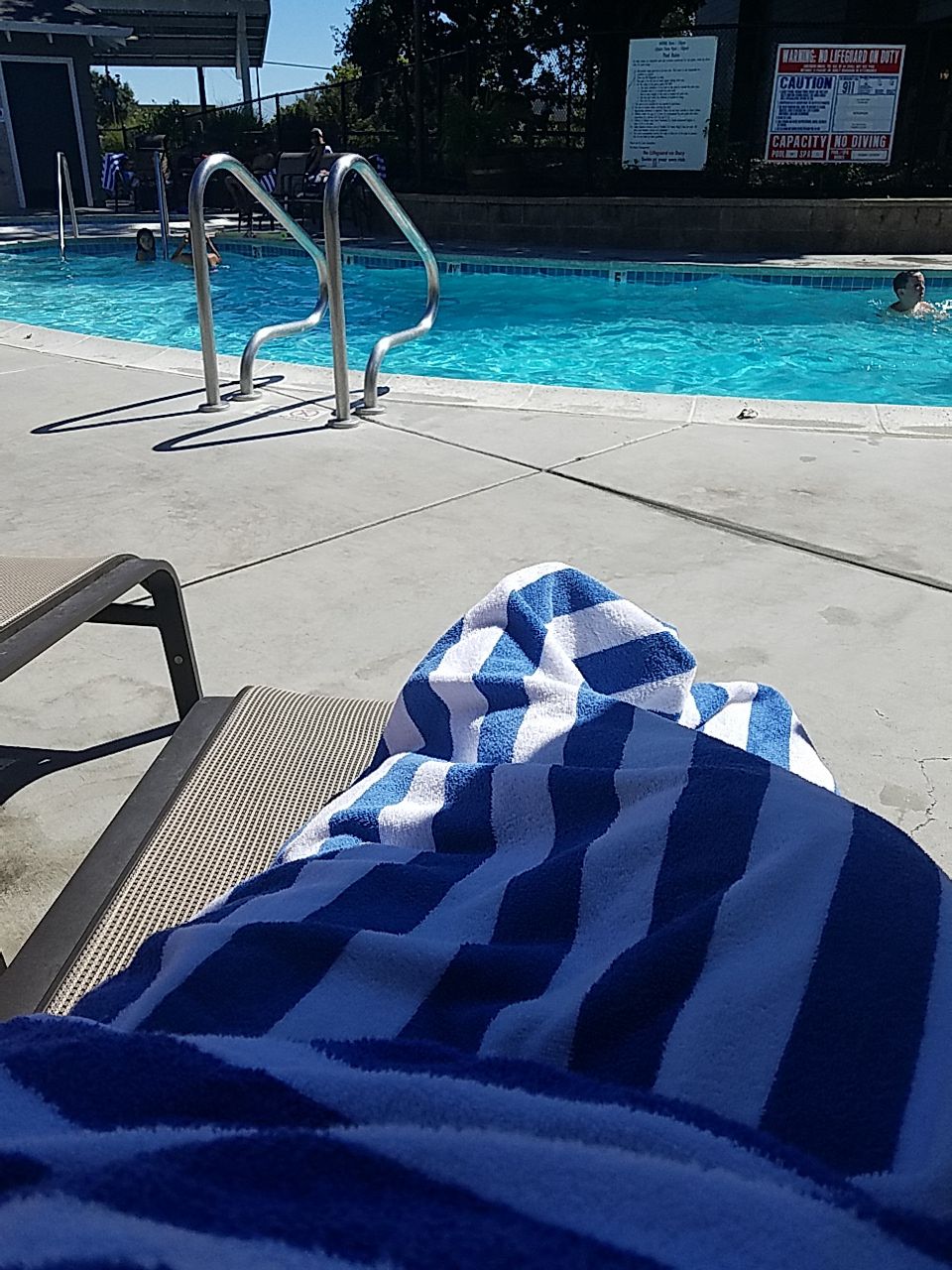 I was reading the kindle while in the pool. It’s an Oasis, so it’s waterproof. The cover isn’t, though. The cover is worn and I have a replacement at home, so I wasn’t worried too much. 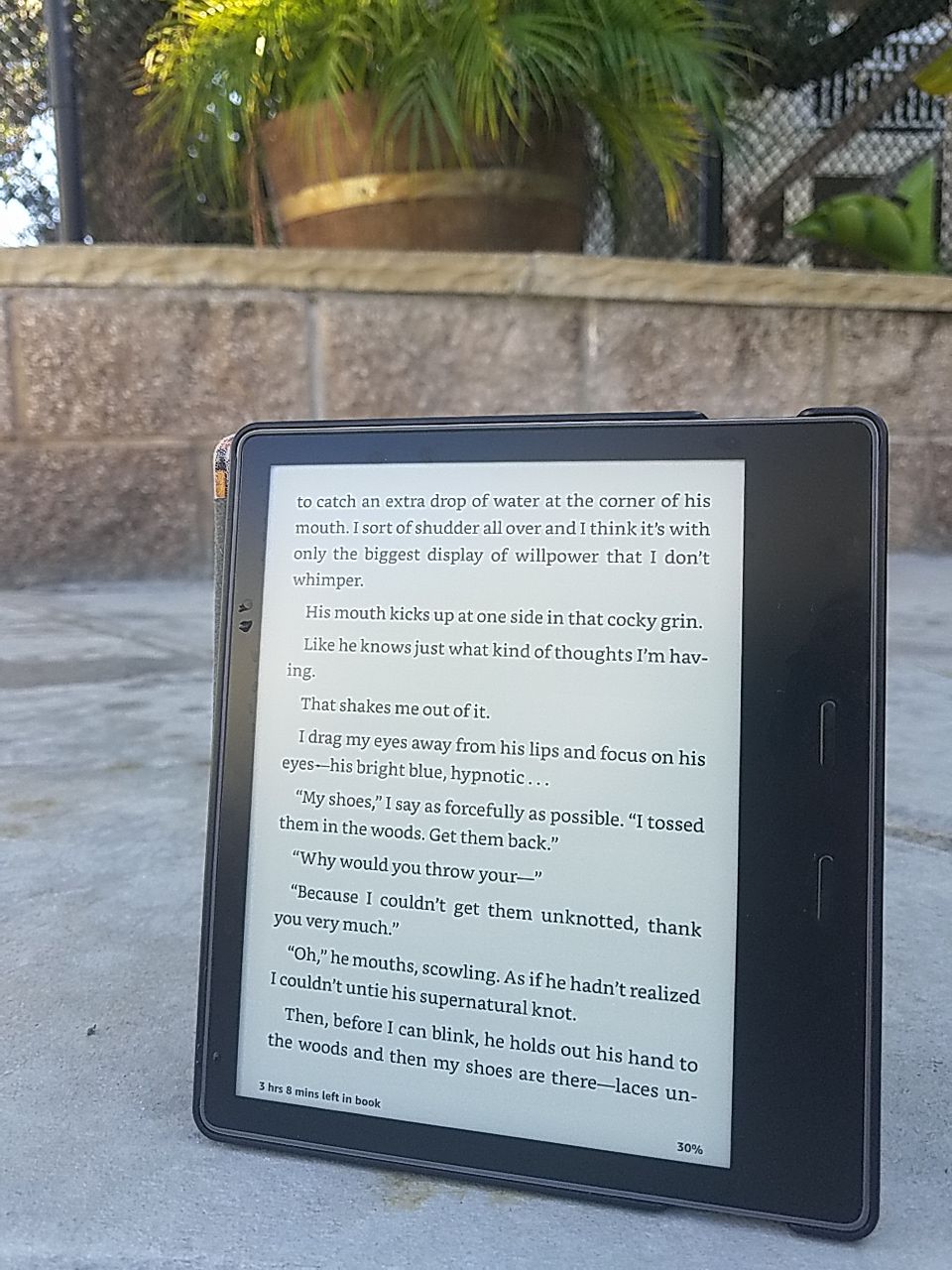 My brother brought his sons to the pool. I asked his oldest to bring my things to my pool bag. He did an amazing job.

We played in the pool for a while and went inside to clean up before dinner.

My three year old nephew brought a puzzle with him. I worked on it for a while before dinner, since he couldn’t read, and the puzzle had words. 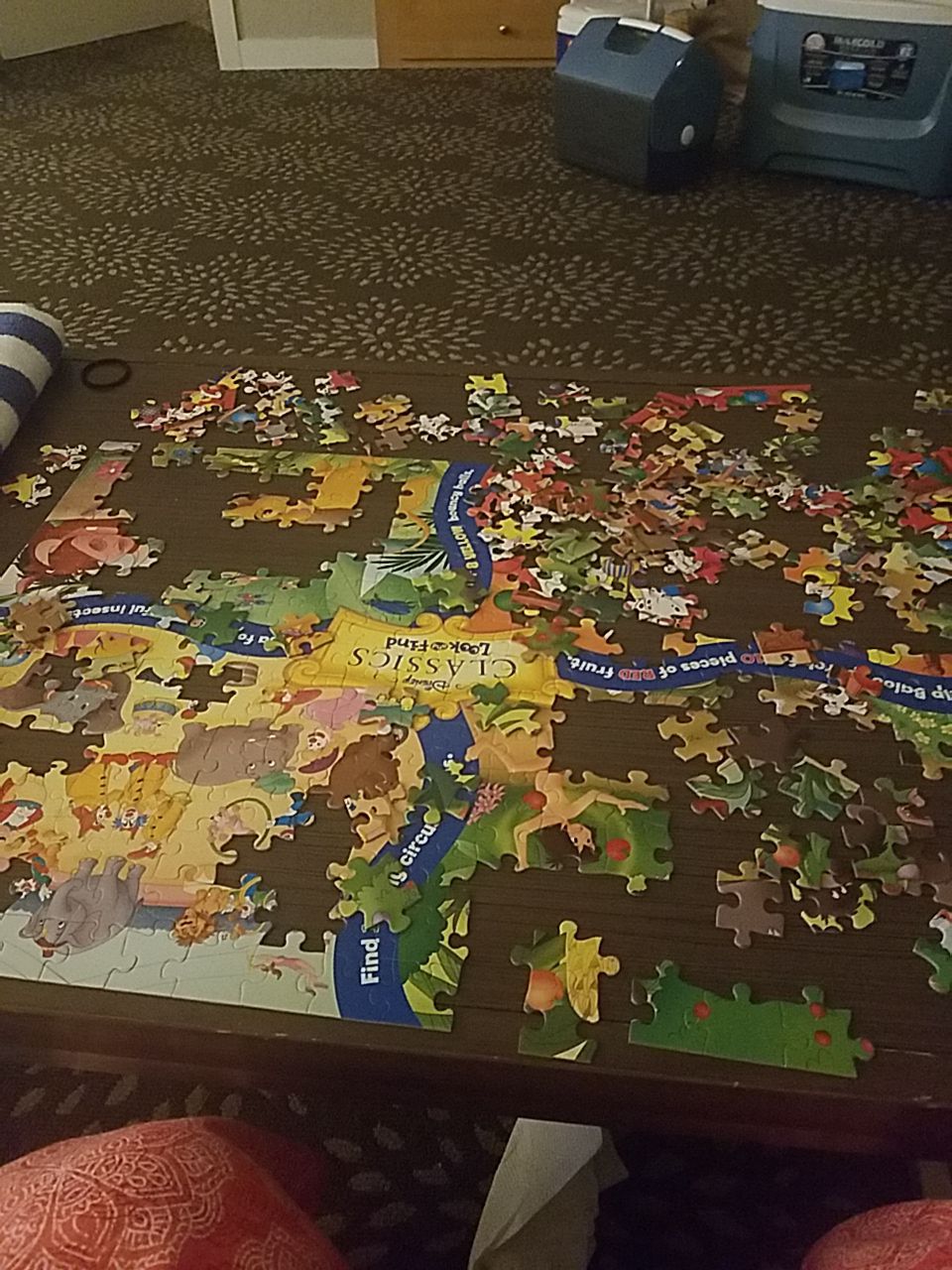 After dinner, my mom brought the boys to go play ping pong. My brother and I watched a movie while I worked on the puzzle some more.

I had almost finished when the boys returned. They both came to investigate. The three year old decided that he needed to push each piece in himself, after I lined it up. The ten year old was given pieces too hurry things up while I distracted the three year old. We got to the end and there was one piece missing. We finally found it sitting on the puzzle, blending in. Ok. On that note, it’s bedtime.

I pulled down the Murphy bed where I was sleeping. My three year old nephew wasn’t in the room when I pulled it down. He was convinced that I did magic to get the bed there.

Next thing I hear is a lecture about white toothpaste being too spicy and he can only use blue toothpaste. Yep. Three year olds have opinions.

Everyone slept through the night. I got up early to head home. I put the Murphy bed away and loaded my car. My nephew was convinced that I did magic after that trick.

One thought on “The rest of the long weekend”