I grew up in San Francisco. I have been to the ruins of the Sutro baths many times, but didn’t really have a feeling for what was where. I got the opportunity to take a tour with a docent and it became very clear.

Unfortunately, the photos I took wouldn’t clarify it for anyone else, either. The walk was beautiful and so was the day. I am planning on going back there soon to explore on my own. I missed the labyrinth, for sure.

The three photos above were taken from inside the visitor center. I did buy a book of photographs from the heyday of the baths.

The map above gives an idea about what everything was.

On the far right, you can see the settling pond, the diving pool, and the filtration tanks. The other pools are underwater. You can see them when you are closer. They are over-filled with fresh water from a spring that’s uphill from the pools.

The settling pond was originally supposed to be a man-made aquarium. It would fill like a tide pool from caves that are to the right of this photo.

The view from inside the cave nearby.

The water used to fill here before going through the cave to the settling pool.

The Ohlone tribe used to come to the area to hunt and fish for thousands of years before Sutro arrived. One of the sites was preserved. The elements were wearing it down, so the tribe helped the parks department keep it safe so that no one would damage it.

Sutro lived in a house on the land that is now the park. The cement statues are duplicates of marble statues from around the world. There were many statues when Sutro lived there, but vandalism and theft ruined them over the years.

This is part of the entrance to the park. This is on the right side. There used to be a stone gate above them, marking the entrance.

This is a copy of the fountain base that used to stand in the park, in front of the conservatory of flowers that was in Sutro Heights. A Volkswagen took out the original as they were attempting to move it after copying it. There is a carriage circle from the days when horses and carriages would bring people to the park.

There were also benches that I may go sit on to read one of these days. It was a beautiful area. 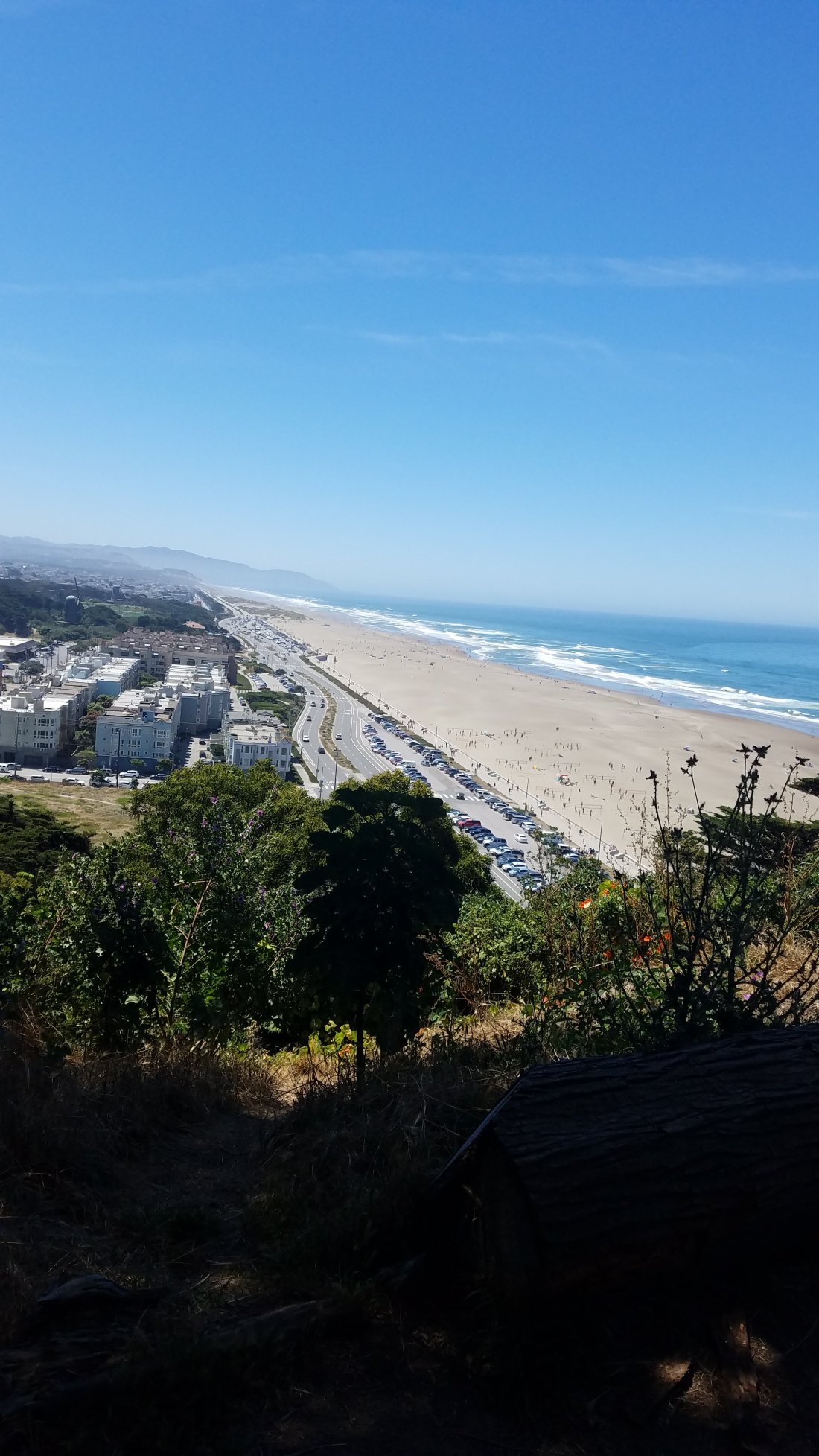 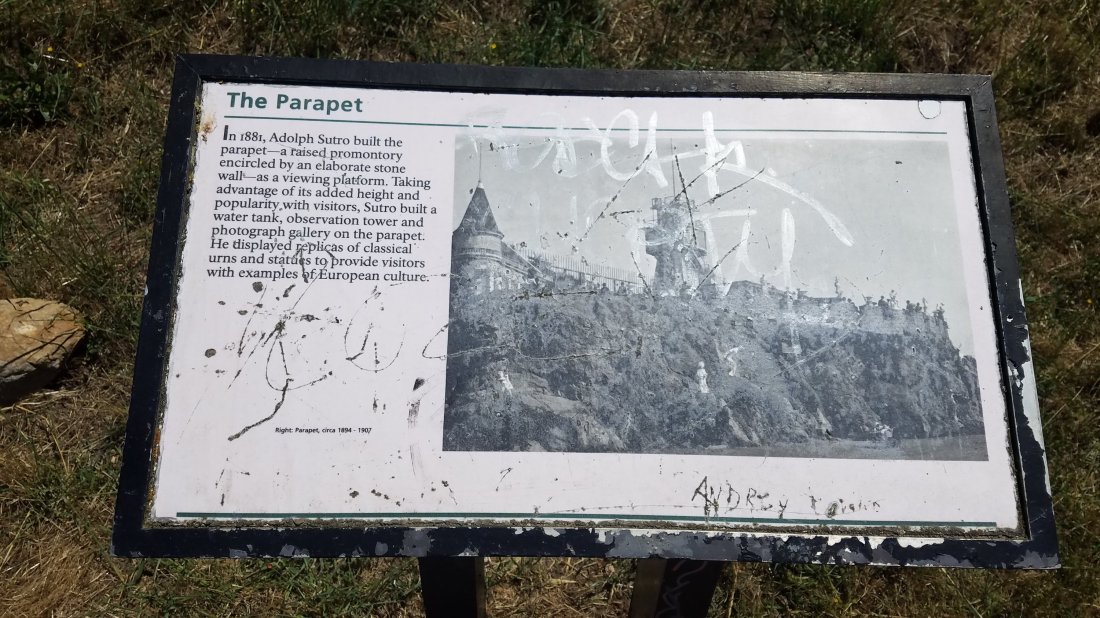 This is around the back of where the house used to be.

The well house never had a well inside. It was purely decorative, but had troughs for the horses that would come through the park. 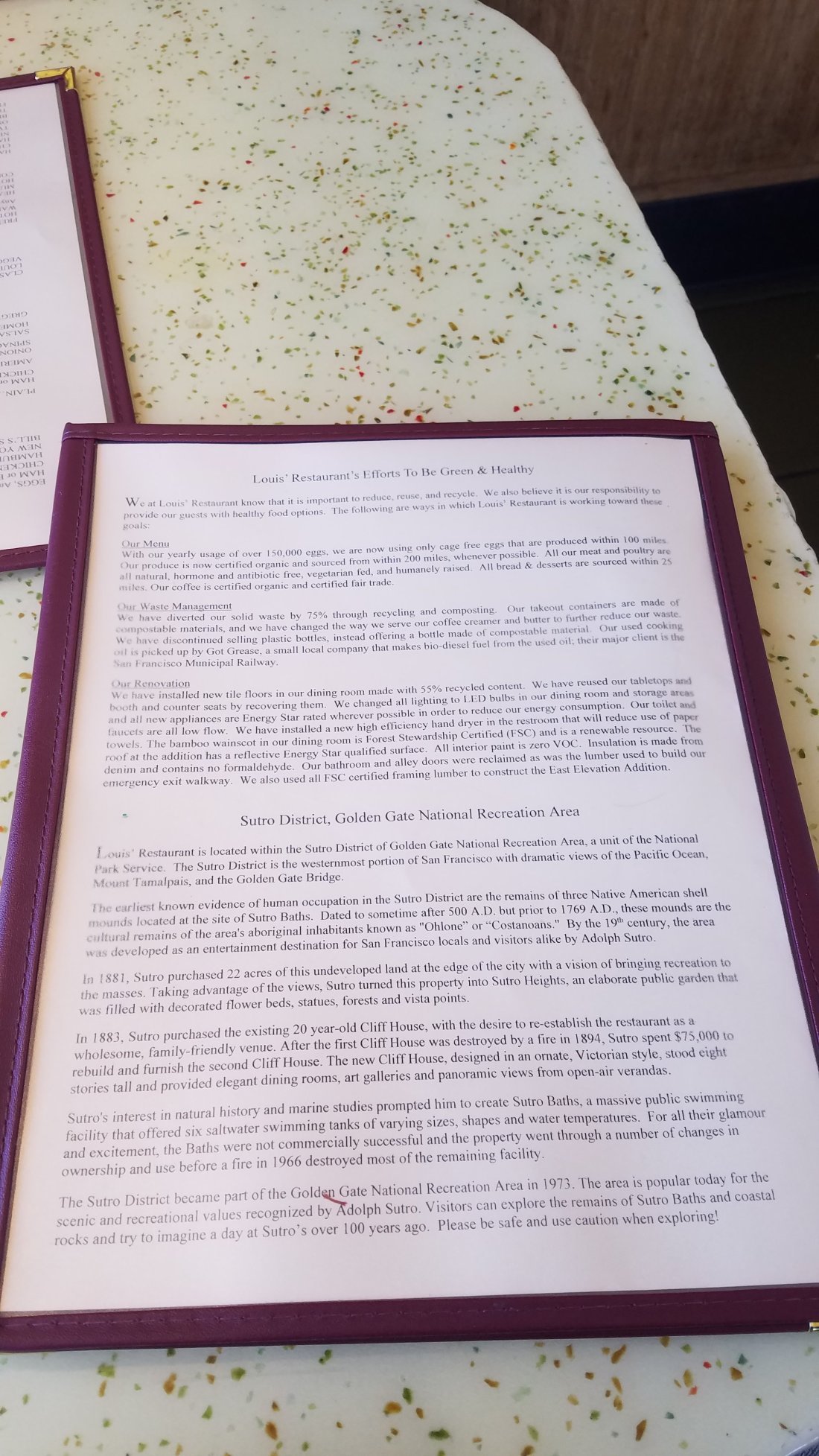 There used to be stores up and down the street near the entrance of the baths. Only Louis’ is left. My daughter and I had lunch there, just to say we had.

It was a great day out. We didn’t even have to travel far.